Come come! Gather around little children. This tale will be an epic of the three great beasts of the L-Lingo Kingdom.

Once upon a time, there was a lone warrior who sought to learn all the languages of the L lingo Kingdom. He knew this would not be an easy task, but he accepted it to pay respects to the King, who spoke over some 50 different languages.

Equipped with his mighty pen, textbooks, audio courses, spaced repetition systems, and whatever else he could find, he took off on his conquest. Along the way, however, he would uncover the most challenging creatures he’d ever faced off against in his natural life.

Here is the Epic Tale Of Lisan, The Warrior Who Faced The Three Great Beasts Of The L-Lingo Valley. 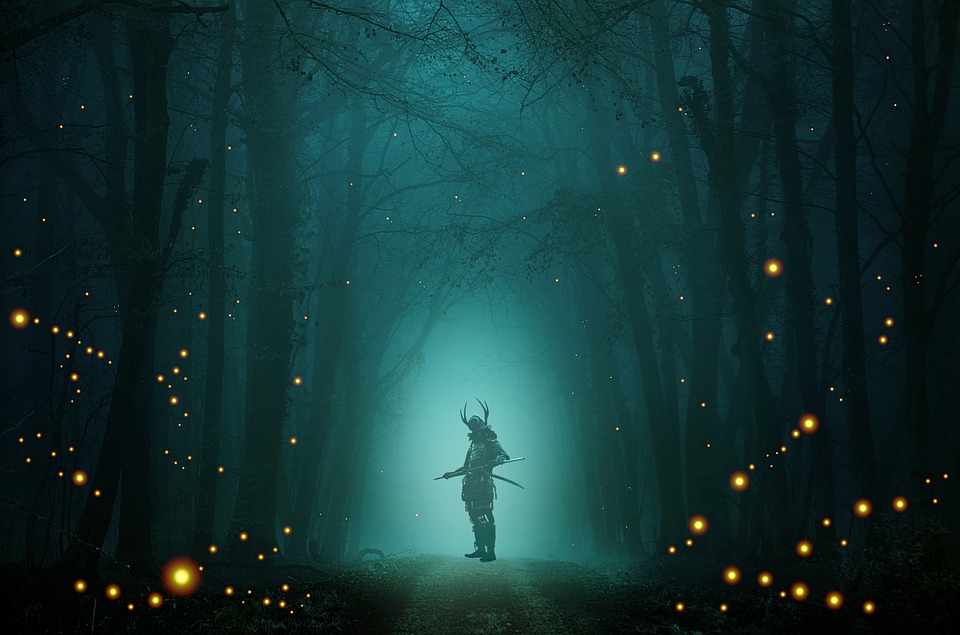 Laden with heavy armor, an iron sword, and a wooden shield, Lisan found himself in a swamp-like world within the first hours of his long journey. Soon a grotesque beast rose from the swampland and launched a blow clean across his chest.

This beast was none other than Shame, the monster that slumbered deep within the swamps of the L-Lingo valley. Shame had been turning language learners away for centuries. Devoid of any emotion or sympathy for the careless mistakes made by the learners, Shame swallowed them flesh and bone. But, Lisan was no stranger to Shame, he knew all too well of its weapons and manipulative nature. Day and night, he would sit in his quarters and practice his speaking skills with the King’s squires.

He wasn’t quite good at speaking and was jeered continuously at by the squires, who knew almost as many languages as the King himself. Lisan was battle-ready.

Lisan hardened his chest, took a deep breath, and started to speak in a series in languages. He began with English,  then moved to Spanish, German, Chinese, Turkish, etc. With each sentence, Shame began to harden, turning to stone.

Note: As with any epic conquest, there are, of course, rewards and exclusive upgrades for each boss that is defeated.

Having defeated Shame, Lisan noticed a small white glowing ball in the middle of the swamp. He swam over to it, and within the ball, it read,

“The first steps to mastery are one thousand steps of failure.”

Lisan took this message with a deep purpose and realized that to conquer Shame in his language learner conquest; he had to become shameful.

Soon Lisan came upon a high castle, plated with gold, silver, and bronze. The castle spiraled towards the heavens and even rivaled that of the King of the L-Lingo Kingdom.

He took a deep sigh and walked into the castle, not afraid to plunder into the depths of the unknown after his encounter with Shame. For years he trekked up the stairs of this castle, and at the end of each year, he faced a new challenge. The castle was riddled with bobby traps, grammar puzzles, translation riddles, linguistic mysteries, and all sorts of language learning pitfalls.

He finally reached the top after ten years of climbing, and he had aged quite considerably. Upon the throne sat this overzealous, proud, gargantuan man.

The man’s name was Overconfidence. He, upon a throne, crafted of used language textbooks made from iron, inscribed with gold writing. With a great boom, he said:

“You dare challenge the great OC?”

Lisan walked with a steady stride towards OC and said with a low bellow, “I challenge you to a reading and listening challenge.”

Overconfidence, of course, accepted this challenge, he feared nothing… but that was his mistake.

Lisan and OC began to read ancient texts in what seemed to be long lost forgotten languages. Latin, Hebrew, Aramaic, Sanskrit. They were on equal ground until they weren’t…

In the last stanza of an Arabic poem, OC failed had forgotten to read some of the most basic combinations of glyphs. But Lisan, on the other hand, had been in the castle for ten years, not only honing his skills but reviewing all that he had learned along the way; he read it with 100% accuracy.

OC has lost the challenge, but he didn’t admit to defeat- OC’s stubbornness was one of his good traits.

Lisan admired his spirit and said:

“You sat upon this throne for centuries, unmoving, unwavering, and stagnant while I revised the works and mechanics of your castle. I learned from the droppings you left along the stairs and continued to absorb information, reviewing everything I learned along the way. Your downfall wasn’t that you didn’t know enough, it was that you forgot to remember what you already knew.”

OC dropped to his knees, and his crown began to rust. The throne which he sat on began to melt, and from it, a gold plated quote was left on the ground.

The time soon came when Lisan was ending his journey. The sun was blazing down on him, but he knew that he had to finish his quest. He’d already spent over ten years facing Shame and Overconfidence. He couldn’t give up, not ever.

As he was on his last breath and about to collapse from the heat of the sun bearing down on him, he heard a voice.

“Get Up, Lisan! Your journey is far from over.”

“Lisan, he’s right; you must rise. The end of one journey is the start of a new lifestyle.”

Lisan looked to his left and saw a figure cloaked in light and a white coat. It was Patience.

And then he looked to his right and saw a figure cloaked in a purple cape wearing a golden tiara. It was Perseverance.

They held his hands as he stood to his knees.

“Your journey is a never-ending one. Learning so many languages will require a never-ending stride to the finish line. You wish to best the King, but you must realize is that even the King is vulnerable at the hands of time.”

“It has been 15 years since you’ve left the Kingdom. Yet you mustn’t consider yourself a master by any means. There are many other monsters along the way, but we’re here to inspire you. The twins of language learning Patience and Perseverance.”

Do not falter. Do not stumble. Do not quit.

This brings us to the end of our Epic Tale Of Lisan, the language learner. It was indeed a different take on our traditional articles. But we thought that we’d give our readers an entertaining take on essential language lessons.

Here are some fun facts you may not have noticed in this epic tale.

Lessons To Be Learned From The Tale Of Lisan

Embracing Shame: Shame will be your best friend in the beginning stages of your journey. There are so many things that you are going to mess up on, but the key is to not let those things stop you from moving forward. Lisan knew he wasn’t perfect but he also knew that he started his journey for a reason and that nothing was going to stop him.

The Castle: Lisan spent 10 years in the castle of Overconfidence. During these long 10 years, he encountered all kinds of beasts and traps. They weren’t easy to deal with, but they helped him gain experience in the languages he was learning. The king didn’t review any of the material in his castle for the entire time he was there. He reached mastery and then just stopped reviewing. As a result the knowledge he thought he had maintained had weakened greatly. Whereas Lisan’s knowledge remained fresh.

Befriending Patience and Perseverance: The last of the beasts we encounter in the story are actually twins. Patience and Perseverance in this language journey will not come to you until you are almost at your wit’s end. Every time you feel like giving up they will come to remind you why you started in the first place. And each time they come to remind you, your will becomes stronger.