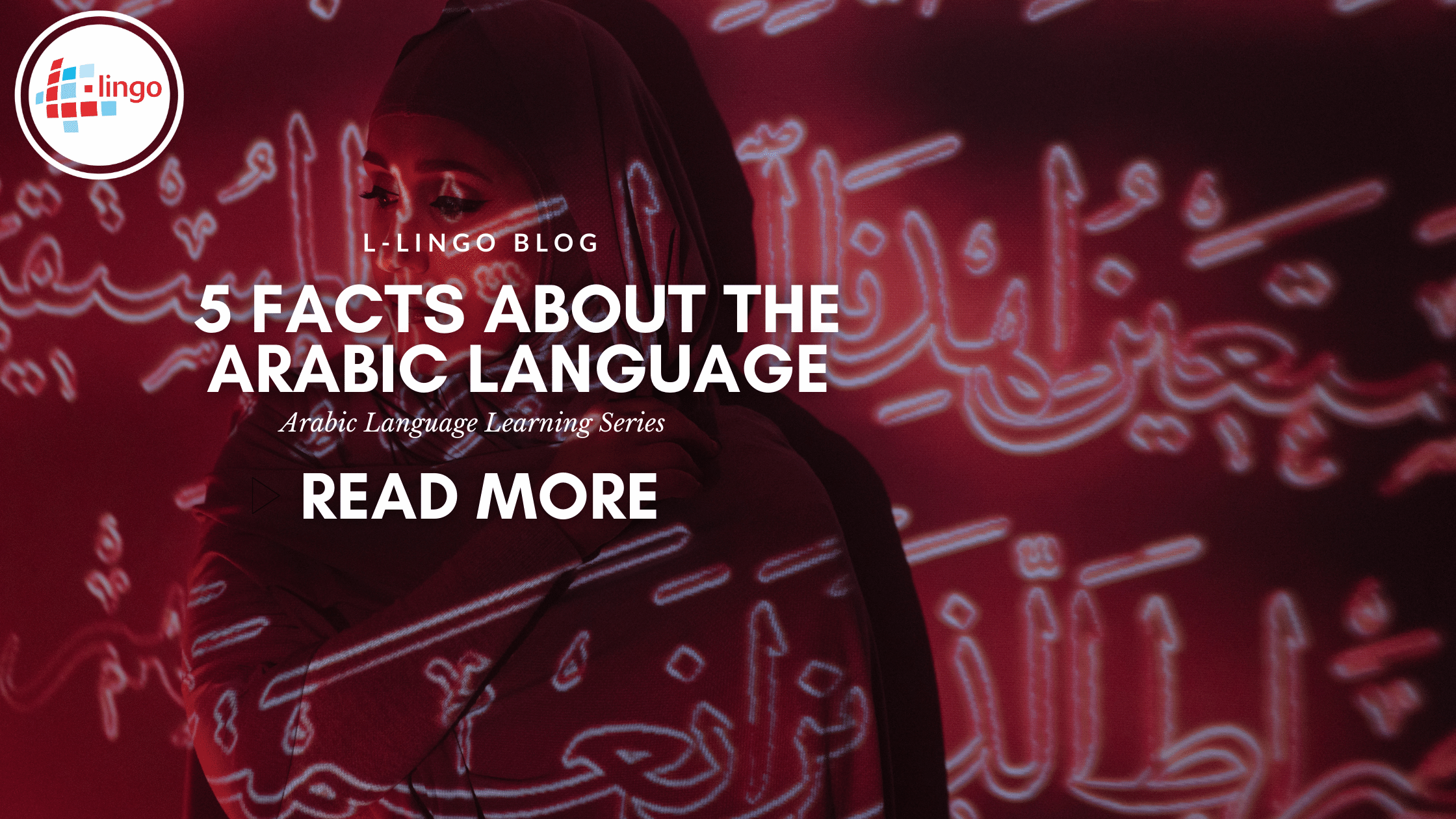 Arabic is one of the world’s most beautiful languages. It has a rich history dating back thousands of years and is spoken by approximately 313 million people in the world. Some language learners often consider Arabic to be the most difficult language to learn due to the complex grammar patterns, unique sounds, and the writing system. In this article, we’ll be going over 5 facts about the Arabic language.

Fact 1: Arabic is Written From Right To Left

Unlike European languages with a roman alphabet, the Arabic language is written and read from right to left. Talk about a doozy on your brain! No worries though, once you get used to this pattern of writing you might actually find that reading right to left is more normal than reading from left to right.

This next fact about the Arabic language is something, not many people know. Did you know that Arabic has had several influences on languages such as Spanish, English, and French? There are some everyday words that you probably hear and don’t even question their origin. Don’t believe me? Okay, I’ll show you.

Fact 3: Arabic Has 14 Different Words To Express The Concept Of Love

There are 14 different words for “love” in Arabic. The words for love in Arabic vary in intensity. So, you better know which one you want to use when the time comes. Let’s go over them in order of intensity, it’s going to get pretty steamy from here on out so bear with me. Okay, ready?

Read more about each of these stages of love by visiting the link below:

Fact 4: Arabic Has No Capital Letters

language or one with roman letters. But, what happens when you shuffle your brain to think in Arabic? Arabic contains no capital letters. The sentences, phrases and words and all expressed through glyphs.

Fact 5: There Are Several Dialects Of Arabic

Arabic has several dialects, so the language can have its own personality depending on the region. In spite of this fact, some of these dialects are mutually intelligible. Someone who speaks Egyptian Arabic may understand someone who speaks Lebanese Arabic. This mutual comprehension can be for a multitude of reasons. Although in this example, it is important to point out that these two Arabic dialects are the two most understood among the Arab-speaking world.

Did you know any of those 5 facts about the Arabic language? Leave a comment below!

With L-Lingo Premium you can learn Arabic in a fast, fun, and effective manner. Our Arabic course gives you access to 4000+ Vocabulary words, 105 Lessons, a spaced repetition review system, native audio, and additional access to all of our languages.

L-Lingo exploits multimedia channels – words, recordings of native speech, and pictures – to enable you to grasp Arabic words and phrases useful on the road, when mingling with Arabic speakers, in day-to-day or family life, and when working.

END_OF_DOCUMENT_TOKEN_TO_BE_REPLACED

2 thoughts on “5 Facts About The Arabic Language”