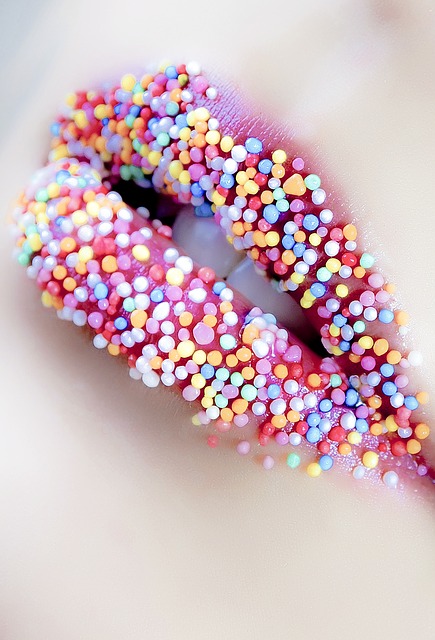 This semester I decided to take an Asian History class in Japanese, and this is how it all started…

“I can do this it’s not that hard, I’ve studied Japanese for about five years now. My comprehension and skills are amazing. I may need to look up a few words here and there but either way, I should be able to follow my Sensei.” – Kiandro

But boy was I wrong. As the lesson progressed Sensei began to discuss more complex topics; my attention began to drift away like a log on the waves.

I thought it had something to do with my lack of vocabulary skills, then I thought maybe he is just speaking too fast because of the Japanese students didn’t seem to understand him either (after all Japanese is one of the fastest languages in the world). Then I realized that I had been looking at my notebook instead of at Sensei for the last 40 minutes. Now I’m not saying that to be weird, but I noticed that the more I focused on his face and his body language the more I was able to understand the content.

This article we’ll be discussing the art of Lip Reading, and its connection to language learning.

What is Lip Reading?

In this case, we’ll define Lip Reading as the careful monitoring of visual cues either produced by the movements of the mouth, body language or gestural clues.

How To Read Lips In Language Learning – 3 Step Guide

What the obvious first step would be to look at the person’s lips. I think we can all come to an agreement that that part is not a secret. Now I know that sounds easy enough but it can be quite the challenge. I bet you’re thinking “how hard can it be to look at a person’s lips?”

Well, smarty-pants let me just say the looking at a person’s lips without seeming awkward is the real challenge among several other things such as speed, intonation, speech patterns, dialect, etc.

Have you ever seen TV series or movie where someone is staring at a pair of lips and the camera zooms in on the person’s lips and then you see all the mouth movements? That’s how I felt, no scratch that that’s whole the whole situation felt (me being in a graduate level Asian history class being lectured in Japanese).

Language is sound, that’s one part of it, but that sound is only produced when the mouth moves. You’d be surprised to discover how many facial/lip movements you can pair with certain words.

How many times have you been in a conversation in your native language? You can’t even answer that right? That’s because it’s not something you’re conscious of in any given moment. Whenever you’re engaged in a natural conversation, you’re not focused on the specifics of the conversation but rather you’re tuned into the general flow of it instead.

Now, imagine had you actually been paying attention to something specific during those conversations (i.e mouth movements). Over the course of thousands and thousands of repetitive mouth movements, you would be guaranteed to make an unconscious connection between the production of language and mouth movements. The final step to reading lips is to extract the meaning of the message being produced. Sure, you can sit down all day and watch your Japanese Sensei’s face move up and down, but what good is it if you don’t understand anything?

Step 3 takes some practice because it takes a while to recognize what the lips/face look like when words are being said, especially if you’re not a native (in our case, that means all of us). My advice would be to practice reading your own lips in the mirror during your idle time. First, practice using sound and watch your lips, tongue and face muscles carefully. Start with pronouncing words then phrases and finally just keep blabbering.

After you get the whole “face magic” thing down, extracting meaning is simply a matter of understanding key phrases. Do you think I understood every word of what was being said when 15th century Japan was being discussed by a Ph.D. Japanese professor? Not a chance in hell! But I’ll tell you this, I understood the meaning. There were words I expected to be said during the lecture and there were also words I already knew but had never encountered in real life terminology.

So what did I do?

As the words come pouring from the mouth of the middle-aged Japanese man I focused and I managed to put the pieces together. It turns out he was discussing the Japanese Invasion of Manchuria in 1931 shortly before the Second World War had begun, but that’s beside the point. The words that I pulled out of his 2-hour lecture were words that held importance. A few of them were:

Of course, these are just some of my examples. The content will always be dependent upon your situation.

Lip Reading The In’s And Outs In Language Learning

Reading lips is essentially a visual accompaniment to audio comprehension in language learning. What that means is that it covers two areas simultaneously; listening and a not so common area we’ll call visual cues. When these two are combined, comprehension dramatically increases. Here are some benefits of reading lips:

One of the major benefits of reading lips is that it allows you to divert your focus to the conversation. Carrying out a conversation at face value is rare nowadays since everyone is distracted by some other medium; cellphones, music, etc. Lip reading opens up a direct connection to the person you’re speaking with. This benefit can improve your overall attention span and lead to longer conversations.

Did you know that a study was conducted which examined the relationship between lip reading and both monolingual and bilingual babies? The study found that bilingual babies spent more time looking at the mouth of the people speaking to them. From that study, there was an interview made discussing the possible reasons and theories behind this logic, and it was quite shocking, to say the least.

As read from the interview transcription:

“…But lip-reading while trying to learn a second language should boost comprehension, he adds. Evidence from adult studies has indicated that when adults are presented with speech in a noisy environment, or with ambiguous speech that is hard to understand, they comprehend more if they are allowed to lip-read.” –  Dr. David Lewkowicz

Lip reading isn’t JUST about lip reading. As mentioned in the definition earlier:

The careful monitoring of visual cues either produced by the movements of the mouth, body language or gestural clues.

When you stop to examine a person’s lips as strange as that sounds, you also pick up on a few other things such as body language, facial muscles, and hand gestures. These are some of the added expressions noticed when engaging in lip reading. This is beneficial in language learning because in a conversation we aren’t just using words to get our message across. Depending on how skilled you are in your target language, you may or may not need to rely on other visual cues. With these elements added to the conversation, you can certainly expect an overall boost in comprehension skills.

During the lecture, there were certain words I had come across before, but until I had heard them after staring at a Japanese man’s face for an hour they were completely unknown to me. We briefly discussed passive vocabulary in our previous article Confusion… .Lip reading can trigger the memory in such a way that passive vocabulary instantly gets added to your active vocabulary bank. Having focused intently on the link between visual and verbal cues can possibly even allow you to re-acquire lost vocabulary.

An Analogy For Passive Vocabulary

Think of it like this; if you were waiting on the last bus to take you home in the dead of night, would you stroll off 2 mins before it arrives to go and buy a snack?  Okay, some people would, but in all honesty, your best chances are to wait for the bus to arrive, since you have such a high probability of missing it. To compare this to lip reading your best chance is to wait for the correct keywords at the right time. You can’t afford to miss them, even blinking is risky.

So, when the bus finally shows up you now know exactly what time the bus arrives, where it arrives, who’s driving it, what’s on the radio. Why do you know all of this? You know this because you’ve been waiting on it all night, it’s the last bus it’s important that’s why!

Yeah, I know this all seems terribly difficult to master, but if you think about you’ve already sorta kinda mastered it in your native language. If you could just do it all over one more time then who knows…? No, but in all seriousness lip reading is an incredible feat to overcome. Even if you only manage to do it for a brief moment in time, understanding those few words through the use of visual cues can connect the dots in an instant. Reading lips isn’t a cure-all for all your language learning issues, but it certainly provides some form of treatment for conversation skills, attention span, and memory.

Just don’t make it too awkward, my teacher eventually asked me why I was staring so hard, followed by the word わかりますか？(Do you understand?)

Side Note: Oh, I almost forgot don’t be afraid to ask people to slow down. I know it can be embarrassing asking a native speaker to slow down for your sake, but if they’re speaking too fast, then you may not even have the chance to read their lips.