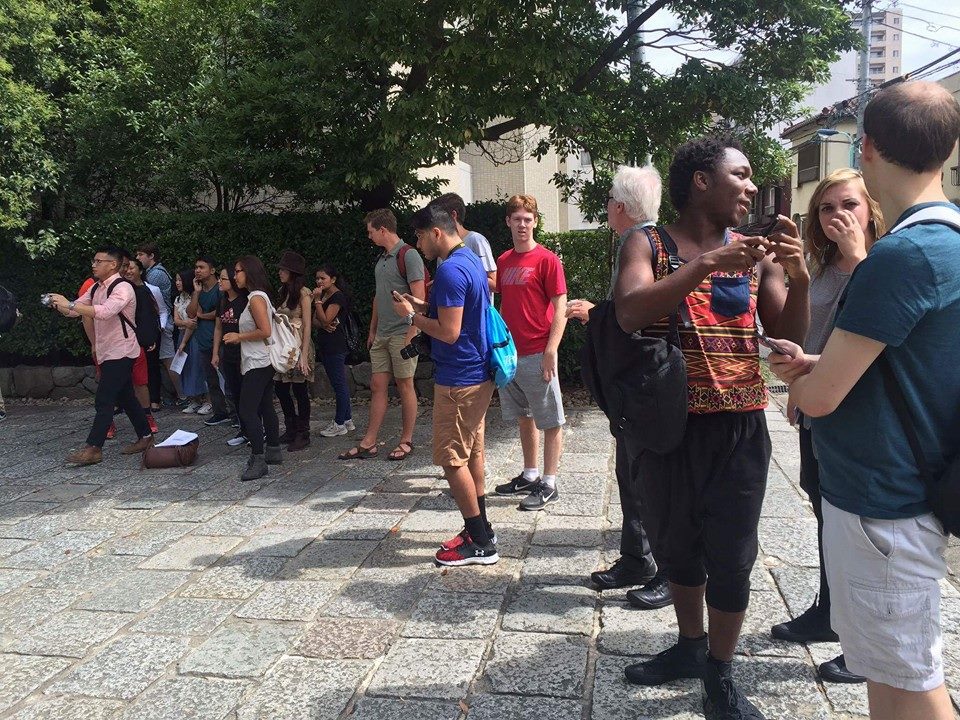 Language does not exist as a stand-alone being. It is fused with the lifestyle of people and painted with an array of cultural beauty. The reason language transcends borders is not because of bridging the gap of communication but the gap in intercultural agility. Defining yourself as part of a cultural community means being able to grasp the cultural shift between worlds.

In any language learning journey, culture is a necessity for full comprehension of the language. Here are four key reasons why you need to become a defined member of the cultural community behind your language.

Culture in Language Learning Is Your Motivational Plug

There must be a reason that you’ve started to learn a certain language, and if that reason is embedded within the culture and morphological structure of the language then that can serve as a motivational plug. Visualize, and remember the exact reason why you began to learn the language you’re studying. What was it? What played a part in your initial motivation? Whatever it was I can ensure you that it was in some way shape or form a cultural influence You always want to remember your reason for learning the language and cultural studies can help.

Language learning isn’t black n’ white. There is a fine line where language blends with the cultural background, and certain words, phrases, or stories deviate from the google translate box. When you merge with the cultural community your appreciation for the language leaks into the overall framework of it; meaning that you’re going to subconsciously make connections between communication and social cues. To phrase this simply, you’re going to be an awesome communicator.

For example, the word for brother in Chinese has multiple 弟弟；dìdi, 哥哥；gēge, 哥们 (gēmen). At first glance they all mean brother, but dissecting the deeper meanings you’d actually find that the word 哥们 (gēmen) means “bro” as in a close male friend.

If you learn from the culture of another country, tribe, clan, etc. you gain a wider perspective of the world. The island I hail from is no more than 26.7 miles in diameter. People are very closed minded, and most are unaware of many things beyond the coastlines. With this level of awareness, your perspective of the world can be skewed in the blink of an eye if you’re not careful. Think about this for a moment, there are 7106 living languages in the world, each with their own unique lineage of culture and history.  For every language you learn, you broaden your horizon in the process becoming more culturally agile.

Learning culture also knocks your ego down a few notches

When you’re learning a language and realize that you are learning something embedded with years and years of tradition and historical value which are different from your own, humility dawns in an instant. The ego can be your greatest weapon or your worst demise in language learning. Just because you possess mild knowledge of your target language doesn’t mean you’re culturally intact with it as yet. This leads to many people stereotyping culture, and even appropriating(we’ll talk about this later)  it to an extent.

Culture is learned as much as it is experienced, in other words, you can’t learn culture without having experienced it. With that experience gained, you begin to form new ways of thinking to complement your language learning.  Comprehensively understanding culture silences your ego allowing you opportune moments to realign yourself with new environments, people, and lifestyles.

The War Between Appropriation and Appreciation

Culture can be defined as a way of life for a group of people. You can’t have a culture without

You’ve probably heard the term Cultural Appropriation before especially more often than not if you’re studying another culture. Well… let me not use the word study, because it makes it sound like the people of that culture are lab rats for your own experimentation. For better words, we’ll say observing. Now that that’s cleared up let’s dig a bit deeper into this conundrum of a word.

Appropriation can be defined as taking something that isn’t originally yours and either defaming it, misrepresenting it or using it for personal gain.

Put these two big words together and you get the term Cultural Appropriation. The misuse/abuse of another culture for your own merit. It’s easy to see how this can go wrong so easily. Many people desperately want to express their interest in a culture, but in them doing so they may purposefully or mistakenly botch up the operation.

Cultural Appreciation, on the other hand, would mean the exact opposite. Respectfully showcasing a culture in an appropriate manner without using it for your own personal gain. It is the ultimate display of understanding, humility, and admiration for something which is not yours. If you wish to define yourself as part of a cultural community it is important that you learn quickly how to distinguish these two concepts.

However, since you are a dedicated language learner you’ll often find yourself doing the latter, appreciation. Nevertheless, as mentioned earlier, it’s easy to do the former instead, appropriation.

Sorry if we’ve given you a headache at this point in the article, but here are some key points you can take away from the whole shebang.

Here are the main ways you can genuinely appreciate a culture for what it is rather than what you want it to be:

“A” is for Ask not to Assume

Asking questions can clarify any pre-existing beliefs or notions you have about a certain culture. In fact, that’s precisely how we learn new information; we are rational, logical creatures intelligent enough to observe and question new information.

Never assume anything about a culture or its people. It is extremely offensive and can burn the bridges you’ve constructed in your language learning journey. Would you want to be friends with someone who spoke as if they understood everything about your way of life and judged you from false perceptions? I think not!  Always ask questions if you’re not sure about lifestyle, tradition, or commonalities; questions show your general interest in a topic.

It’s one thing to love culture from the sidelines, but actively participating in that culture is on another level. Don’t get me wrong, both are great but it’s just that one is a bit better than the other. Participate in any cultural event every chance you get and simply observe what’s going on at that moment. Observing quietly is one of the best ways to learn about any topic. I’m sure you’ve heard the saying “When in Rome, do as the Romans.” Well before you try the “do” part, we suggest trying nothing at all, just watch in peace and quiet.

Even if someone isn’t aware of the culture you’re observing it doesn’t hurt to school them on certain topics. Your friends may even make sly remarks about the culture/language you’re studying, don’t let them go unpunished – correct them every chance you get. In fact, do this with everybody you encounter, people will eventually get the point that you’re entwined with that culture and have a deep respect for its values.

A few other tidbits you can do are:

Becoming One With The Language And Culture

Culture is acquired, but we don’t even notice the first culture we acquire because of just that, it’s the first one. There are no obstacles or conflicting perspectives preventing you from acquiring it – in more ways than one it’s as if culture is language (shocking right…I know). Language and culture are infinitely entangled, you cannot learn a language without learning the culture. it’s not easy, it will never be easy, but it’s worth it. Even if you never finish your language learning journey, the sheer amount of value gained from it linguistically and culturally will far surpass the value of anything else in your life.

“A language is an exact reflection of the character and growth of its speakers.” – Cesar Chavez