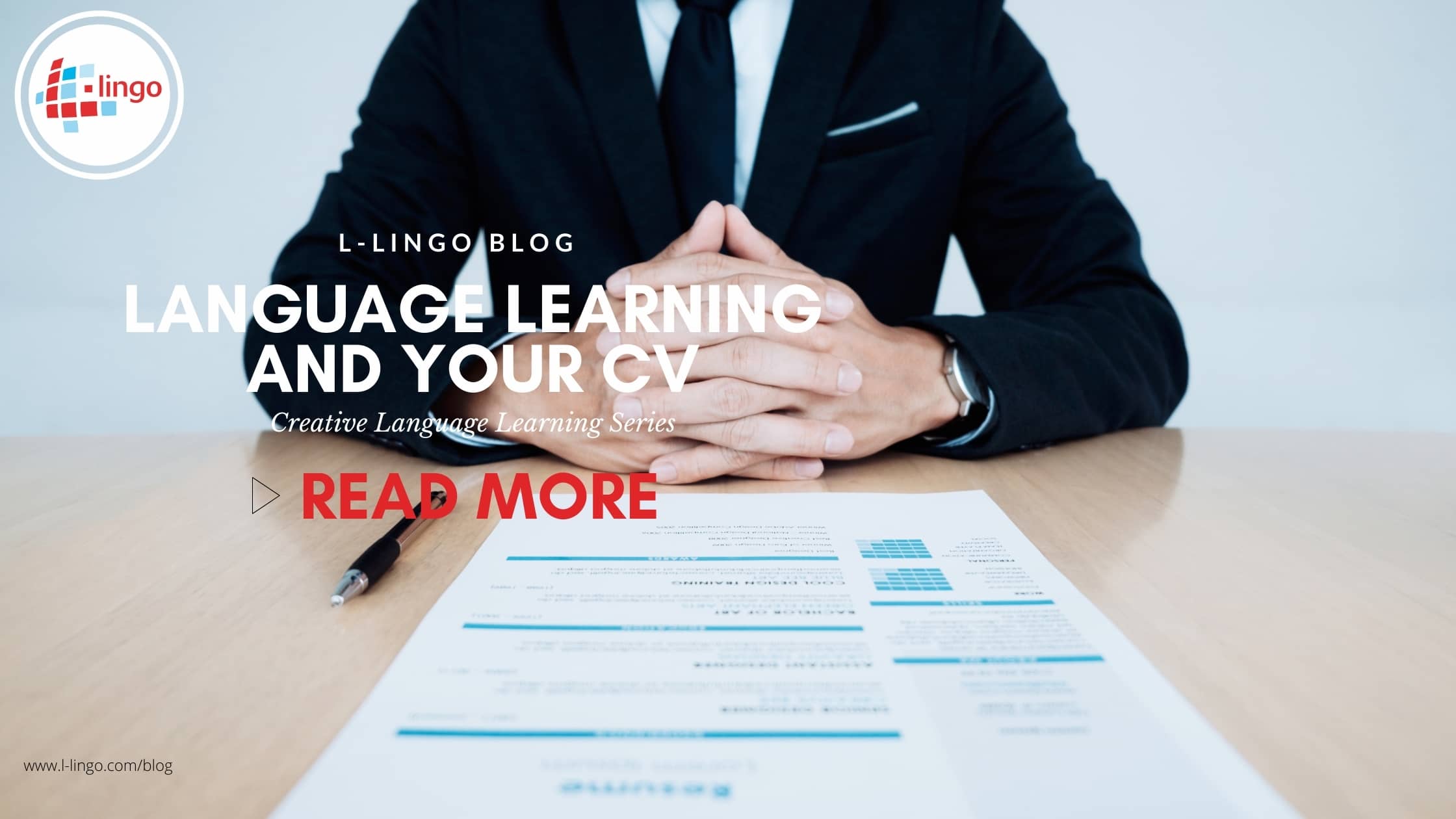 There are many benefits to learning a language, one happens to be that it is an amazing asset to have while searching for employment. Employers are often searching for well-equipped individuals to join their company or team, and having an extra language or two can increase your chances of sealing the deal.

With that being said, it’s important to distinguish learning a language for your CV and using the language to your advantage on your CV. The contrast is ever so slight, but at the end of the day, it makes a huge difference in your language learning journey. In this article, we’ll be discussing why languages are good for CV’s, how to apply pre-existing knowledge of language to something like a CV, and the relationship between employment and language learning as it relates to the long term benefits of mentioning languages on your job application.

To get started, what is a CV?

So I’ve said the word “CV” about 5 times in the intro without expanding on its meaning if you aren’t aware of what CV means I’ll explain it here. “CV” is simply an abbreviation for a “curriculum vitae”. By the way, everything about languages and CV of course also applies to the cover letter you write, so you shouldn’t forget about that either. Think of it this way, if you had one chance to leave an impact on someone/ a group of people in about three paragraphs, what would you write? That’s essentially what the CV represents, and it is one of the core pieces of any job application. First impressions matter right? Why Should I Include Languages On My CV?

There aren’t many downsides to including languages on your CV. Language, after all, is one of the few 100% positive things we seem to have as a species.

For starters, it demonstrates an increased range of communication across the various backgrounds of culture in the workplace. This benefit can be extremely useful in a multicultural workplace where one or more of your target language(s) are spoken.

Including languages on your CV is especially useful when applying for certain specialized fields of work such as volunteer organizations, global non-profits such as the Peace Corps or international fields (language teachers, FBI, NSA etc.)

Time and time again, it has been shown that multilingual people are paid more than their monolingual counterparts. Including a language on your CV may prove useful for a financial boost should the need ever arise. In this sense, languages improve your total worth in a company setting, now think about that for a minute!

Overall including languages on your cover letter is just plain old good. I don’t think I can come up with a downside if I wanted to… BUT the story is a bit different if we were to talk about learning a language FOR your CV.

If there was ever a need to lay off employees at a company, you’d be in the safe zone. Speaking a niche language that nobody else speaks makes you kind of a big deal. So your employer won’t let you go as easily and you’re likely to be a long term employee.

You may already know a few languages, but they aren’t included in your CV. It’s completely fine to add ‘rusty’ languages to your CV because you’ll have the chance to brush up on them by working in your chosen profession. This is a real low hanging fruit and might just add the extra mile to your CV that you need to land the job! Why You Shouldn’t Just Learn A Language For Your CV

While this is a good goal to have in mind, it can be severely flawed if the wrong approach is taken. Language learning is a permanent journey, you can’t just wake up one morning and decide “I’m going to learn this language well enough so I can put it on a job application.” Well, you can, but scenarios like that are only self-harming to the learning process and it makes you come off as faulty.

Imagine yourself in an interview:

You: Yes, that’s right I’m quite proficient in all of them too.

Employer: So why did you decide to learn all those languages?

You: Oh, I needed this job is all.

Now compare that interview to this one:

Employer: How can your languages be of use to us at this tour guide company?

You: Well I notice you have a lot of tourists from Spain, but all, of your information brochures, are in English. I can provide an accurate translated copy of the Spanish version and also other languages such as Chinese, Japanese, and French. In addition, I can also provide live interpretation services while on tours due to my vast experience in culture.

Employer: Wow, sounds like you came prepared for this job!

If you’re going to learn a language for your CV then you need to attach some weight behind your reasoning. When I say weight, I mean that you need to have an actual purpose that goes beyond just wanting the job. Language will follow you forever once you’ve grown attached to it, there is no escaping its grasp. Employment, however, is temporary and can change in the blink of an eye.

The languages included in your CV should also provide some sort of benefit to your employer. These can be direct or indirect benefits, once they reflect your genuine interest and knowledge of the language.

There Is A Right And A Wrong Way!

When it comes to languages, your cover and you; make sure you prioritize languages first, CV second. In other words, don’t let your pursuit of the job overtake your passion for language learning. You should include languages you already know or have a pre-existing passion for on your CV rather than just stockpiling them in long lists.

We usually know when you’re exploiting something, languages are no exception to this feeling. While there is technically nothing wrong about learning a language for an employment opportunity, it is the moral background behind the situation that counts. Language, Your Cover Letter & You Worksheet